Help those who need your help 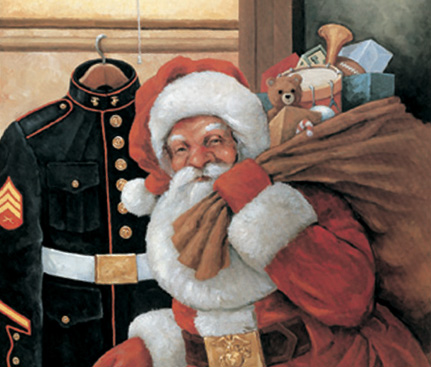 As in the past year, the Museum will again be a collection point for the US Marine Corps 2020 Toys for Tots campaign.

The basic mission of the Toys for Tots Program is to collect new unwrapped toys and distribute those toys to help bring the joy of Christmas and send a message of hope to America's less fortunate children at Christmas.

Toys for Tots began in 1947 as the brainchild of Marine Corps Reserve Major Bill Hendricks; actually, his wife, Diane, was the real inspiration. She had crafted a few handcrafted dolls and asked Bill to deliver them to an agency supporting children in need. When Bill reported back to his wife that he could not find such an organization, she instructed him to "start one!". Maj Hendricks and the Marines in his reserve unit in LA, collected and distributed 5,000 toys in 1947. Later, to become The Marine Toys for Tots Foundation, an IRS recognized 501 (c) (3) not-for-profit charity in 1991. It has been bringing joy, on average, to seven million children each year.

The Aviation Museum of Kentucky serves as a collection point in Lexington to support this program. A free admission will be given to each visitor who brings a new, unwrapped toy for donation. Collections can be made from November 3rd to December 4th, 2020.

The Museum has partnered with the Marine Reserve for several years and is proud of the role it plays in this important program for Kentucky.

Social distancing guidelines will be observed


NOTICE: FACE MASKS AND SOCIAL DISTANCING ARE REQUIRED IN ALL AREAS OF THE MUSEUM. An inherent risk of exposure to COVID-19 exists in any public place where people are present. COVID-19 is an extremely contagious disease that can lead to severe illness and death. By visiting The Aviation Museum of Kentucky, you voluntarily assume all risks related to exposure to COVID-19.